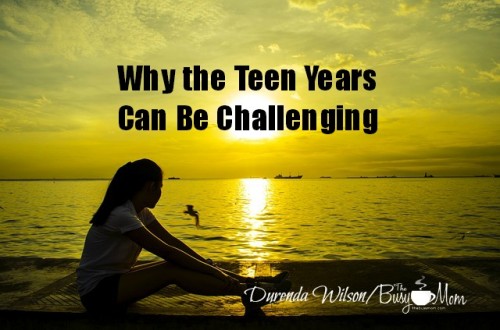 So exactly WHAT is it that can make living with teens some of the most challenging years of raising kids?

We have 2 daughters married and gone, 4 teen boys at home along with a 12 yr old girl and 9 year old boy.  This can make for some interesting dynamics that I write more about on my blog, Simple Nourishing Home.

This last week, I felt like I was losing my mind! I had no idea why. I spent some time over the weekend praying about it off and on. As the fog started to lift and things became clearer, I realized that our kids had slowly begun to run the household. And I don’t mean in a good way. It seemed as though every decision, every direction was met with resistance of some sort: they had a better plan or idea, a reason that my direction was unreasonable or not well thought out, they’d slump their shoulders a bit or roll their eyes at me (usually jokingly) or just not follow through on what I asked. They were sleeping in, not getting chores done on time and somehow I missed these changes. These were not blatant. They were subtle, but ultimately added up to a more chaotic household and a mom who felt like she was drowning.

Here’s the deal (and this is what my husband and I ended up telling the kids): God has created family order. Children (yes, even teens) are to respect and honor their parents. When that boundary is in place, there is peace. These are not MY ideas or rules. They are God’s. Even though our kids are not rebellious kids, they are human and have a tendency to begin to take over, especially teens. Our family dynamics involve a lot of boys. Boys tend to be conquerors by nature and want to exert their manliness. I have told our boys many times that I understand this natural urge of theirs to be leaders, but I will not be the person they will be leading. They will likely have their own wife and family someday. I AM NOT THAT PERSON. For now, they are learning to respect and honor a woman (me) because that quality is just as important in a husband as leadership. Although I try to treat them with respect because I know how important that is to boys/men, I have to hold my ground as their mom while they are growing up, while still helping them own more and more of their own decisions. The hard part is differentiating between the decisions WE need to be making as parents and the ones THEY need to be making.

This can lead to mistakes. But mistakes can also be opportunities, chances to clarify what the boundaries should be.  This is where we make an important choice. We can recognize when things are not right and simply be REAL with our kids. Tell them where we think the mistake has been made. We can do this and still maintain our position as parents because that is important too. We need to provide an ongoing guiding role, while letting our teens slowly own more and more of their decisions.  And can I give you a little tip?  When THEY have made the mistake and are having a hard time admitting it, use more questions (as opposed to accusations) to gently help them see things more clearly.  This (usually) will encourage them to own it sooner. 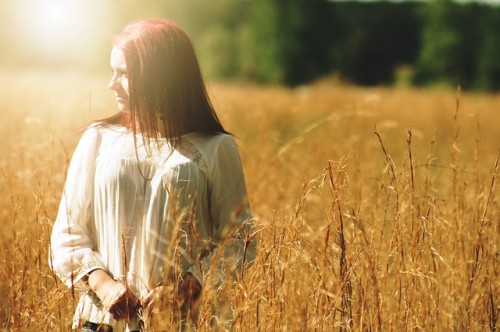 It’s exhausting walking this line.   We want our teens to become their own person.  In fact, that process is often what causes the most conflict. We want them to learn to make decisions, to be leaders, to be initiators, to have ideas, to be thinkers.   Just not when it conflicts with our agenda!  And so we do the dance.  The dance of deciding when we need to let them have a say in things and when it’s time for them to honor our decisions even if they don’t believe them to be the best.  We give them the freedom to have their opinion, while still honoring our God-given role as parents.  One practical way that we do this?  We tell our teens that we are willing to consider their ideas/suggestions after they have verbally communicated their willingness to follow through with our original request.  Something like this: “Dad, I am totally willing to do the job the way that you are asking, but I was wondering if I could do it this way because…?”

And don’t think for one second that you can do this well, without God.  He is the One who does the deep, lasting work in our hearts and the hearts of our teens.  Our greatest battles will, without question, be won on our knees.

4 thoughts on “Why Teen Years Can Be Challenging”