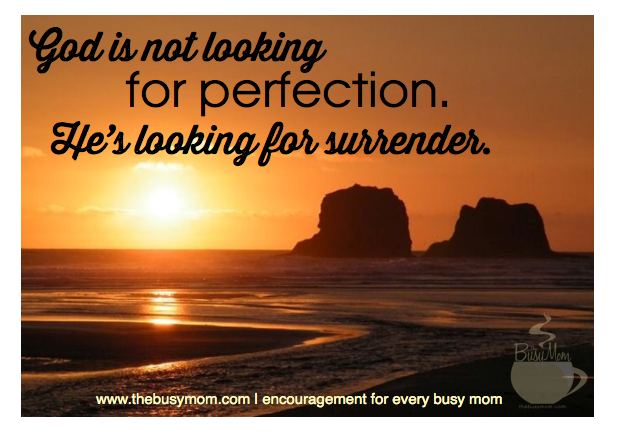 I’m in the book of Judges again today.  So pick up your Bible and open it up to Judges 6.  Yesterday, we talked about the fact that God was asking Gideon to lead an army.  Gideon was sure a a few things; first, he wasn’t even sure it was God who was asking him to take on this huge task, and then, he wasn’t sure if he could do it!  Can you relate?

Does that remind you of anyone else we’ve heard about in the Bible?  Many of the Bible’s main characters, not the least of which might be Moses…

The Bible is so rich with examples of people just.like.us. It’s interesting to follow the story of Gideon and to see how he responds to the Lord, so let’s go back to verse 16 in Judges chapter 6:

16 The Lord answered, “I will be with you, and you will strike down all the Midianites, leaving none alive.”

17 Gideon replied, “If now I have found favor in your eyes, give me a sign that it is really you talking to me.18 Please do not go away until I come back and bring my offering and set it before you.”

And the Lord said, “I will wait until you return.”

19 Gideon went inside, prepared a young goat, and from an ephah[a] of flour he made bread without yeast. Putting the meat in a basket and its broth in a pot, he brought them out and offered them to him under the oak.

24 So Gideon built an altar to the Lord there and called it The Lord Is Peace. To this day it stands in Ophrah of the Abiezrites.

The Bible says that while man looks on the outward appearance, God looks on the heart. So as you go about your day today and you think of all things that you have to do, remember that God is looking at your heart.  He’s not asking you to be perfect, or to follow Him perfectly, and tomorrow we’ll see yet another opportunity that Gideon has to follow the Lord and another example that he chooses to ask the Lord for a sign.  Join me tomorrow as we continue in Judges chapter six.

4 thoughts on “Leave the Big Assignments to Him {Part 2}”