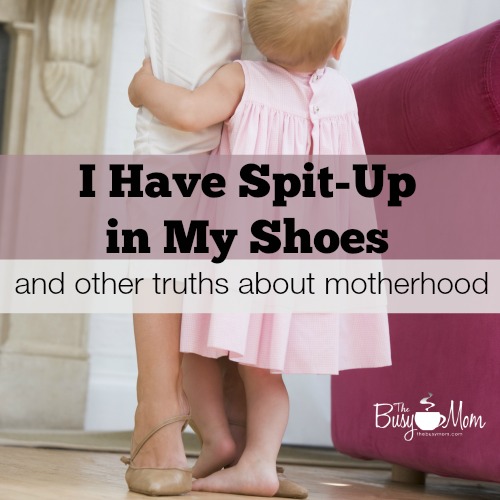 There was a time in my life when I thought I had motherhood “figured out.” I think I was in my early twenties. I’m almost sure I had one compliant child as I confidently eyed the course before me.

I was about to high-five myself when the smoke alarm went off in the kitchen. I had been in the bathroom cutting the two-year old’s bangs and apparently, forgot dinner was in the oven.  Turning my attention to the smoke-filled kitchen, I left the toddler unattended and —you guessed it—she finished cutting her hair while I was putting a ruined casserole in the sink to cool.

Above the noise of the smoke detector, I heard my daughter’s voice: “Mommy! I’ve made myself more pretty!” Quickly, I turned the box fan on high, opened the doors in the house to air in out and raced back to the bathroom just in time to see the last gorgeous blonde locks of hair falling to the floor.

That’s when I started thinking that maybe, just maybe this motherhood gig was going to be trickier than I imagined.

Here’s the truth about motherhood: it’s not as easy as any of us thought it was going to be—but it’s also more rewarding. Motherhood is a marathon, not a sprint. It takes perseverance and perspective. Well, and patience. That too. The other day, I noted to my husband that we’ve had preschoolers in our house… every year… for 24 years. Most of my favorite possessions have become casualties of motherhood—including my prized Mary Engelbreit teapot. Almost every wall in my house has been mistaken for the canvas of a budding artist at one time or another. (And yet, I still keep Sharpies around. I’m insane.)

I should be an expert in predicting when I’m about to be vomited on—but I still miss the signs and pay the price. Four years ago, I was speaking at a convention in Portland, Oregon. I was still nursing our 5 month old daughter. About 20 minutes before the session started, I decided to quickly nurse the baby  so that she would stay content for my husband while I was speaking. I sat down in the front row of a huge auditorium and quietly nursed her while I conversed with my 19 yr old daughter. No problem.

As soon as baby was finished, I put myself back together and reached for the burp cloth… but I was a little too late. Saylor spit up on me in rare fashion. Not only was all that wonderful breast milk was wasted, it was down my shirt and in my shoes. It was under my watch and in my hair—and now the room was full of women. Five-hundred women to be exact.

I felt my throat get tight and my face flush… and then—it occurred to me: those moms were just like me. The fact I had been royally spit up on just before I was supposed to look like I had it all together made what I was about to say that much more credible. I was speaking on keeping it real—and God was giving me more material, right?

Since the room was full and I was two minutes late, I gave up trying to get the spit up out of my cute, strappy heels, wiped myself off as best I could, walked up onto the stage and said, “Hi. My name is Heidi St. John and I have spitup in my shoes. You all wouldn’t mind if I spoke barefooted, would you?”

Roars of laughter were quickly followed by a standing ovation.

Not for me—but for the common experience of motherhood.

This journey of motherhood is worth celebrating.

I’m not getting spit up on anymore. I’ve traded the season of spitup for different challenges. Teens and tweens and jam-packed schedules and hormonal outbursts (theirs and mind) have taken the place of spitup and diapers—and I’ve decided that I’ll probably never have it all figured out, this thing called motherhood.

From that first hint of pregnancy, we begin to discover that motherhood is a miracle. Sometimes we think it’s a miracle because we survive—but we know it’s more than that. The truth is that motherhood is a beautiful, soul-training, prayer-inducing, exhausting and exhilarating journey that I wouldn’t trade for anything in the world.

If we stick with it, we discover that the little things of motherhood eventually add up to the big things of life—all those little interactions and lessons you teach your children really are shaping who they will become. Don’t wish it away. Soak it up.

And look at that. My smoke alarm just went off again.