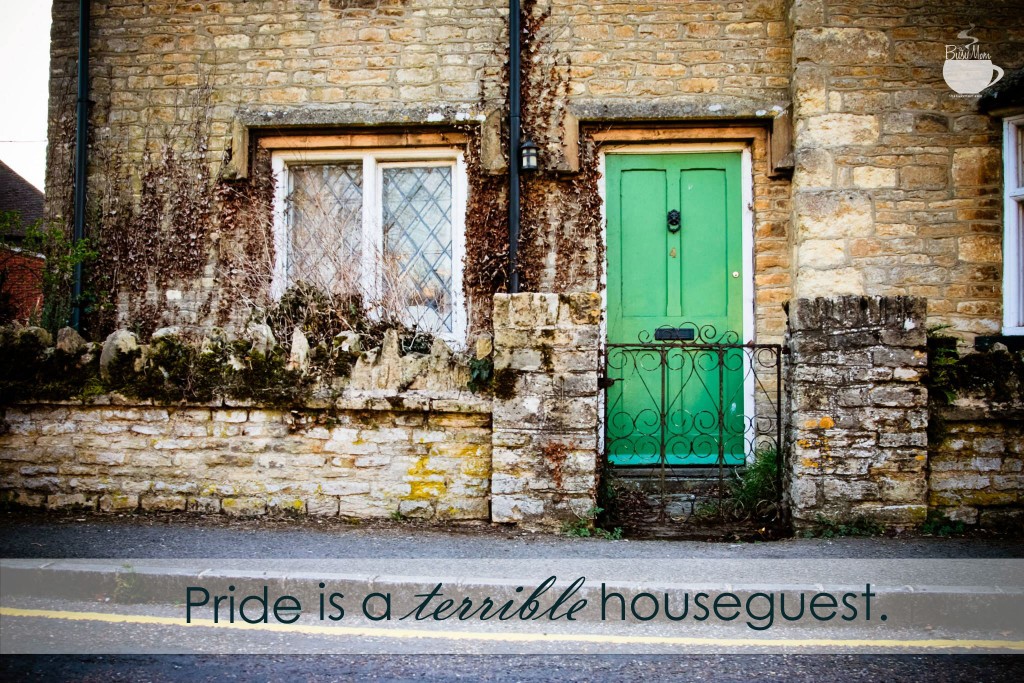 –This post was originally published on November 4, 2013. Not much is new under the sun. Read my postscript at the end regarding the Duggar family.

November 4, 2013
Well,  it happened again.  Over the last week, another “leader” has fallen in the Christian community. Of course it’s all over the Internet, people trying to reason it away, some in prayerful quiet, others openly criticizing—others praising the public apology.

But I wonder, as I have seen this play out in very personal ways in my own life (and many times in over the nearly 20 years my husband and I have spent in ministry) … I wonder if we’re really addressing the true culprit behind most of the destructive sin we see around us.

It’s not confined to church or ministry leaders. It’s just that they’re the best targets. They’re the easiest to see, after all. Take out a leader, and you’ve got a headline.  Another black eye for the gospel.  The church, and sadly, the message of Christ, takes another hit.

I figure it this way: Satan’s a lot of things, but he’s not stupid.  His aim is sure, his tactics as old as sin itself.  You see, Satan knows that when a leader falls, many of his admirers will fall too.  Casualties of an ongoing spiritual battle.

Disillusionment. Questions about the goodness of God, about the truth of God’s Word.

“Christian Leader Admits to Affair.”  Home run.  Another one bites the dust.

There is a sneaky culprit that I have observed quietly ruin men and women and churches and ministries… and families.  It’s not what you may be thinking, either.  The “culprit” has a name. His name is Pride.  I’ve come to see Pride with a face. See if you can see that face, too:   It starts out oh-so-quietly … a good message (or, sadly, an ideology)  is spoken eloquently and people follow.  Pretty soon, the messenger is being worshiped rather than the giver of the Message.  The speaker believes the accolades are warranted.  After all, it is a pretty good message.  “Look how good it’s working for me.”  Said leader puts himself (or herself) out there as the example to follow.

Pretty soon, we’re reading books and buying CD’s from a person rather than seeking the Lord for ourselves.  This is not only bad news for the follower, it’s bad for the leader.  If the messenger basks in the praise of men for more than a moment, the door is opened and the invitation is sent.  Shortly, Pride arrives on his heart’s doorstep.  Left unguarded, Pride moves in, taking first a small, quiet room in the back of the heart—almost unnoticed—but before long Pride, takes root and displaces other tenants of the heart: Humility, Grace … Gentleness.

These are not the qualities of a “real” leader, after all.  A man with a message is more than a man.  He’s a “HERO.”

No.  The only real “hero” is Jesus Himself.  The only one truly worthy of praise is the One who died alone on a cross, rejected and despised by those He came to save.

God has a lot to say about pride.  First and foremost, He hates it. Pride gets us in trouble.

When pride comes, then comes disgrace, but with humility comes wisdom. Proverbs 11:2

If you’re looking for someone to model your life after look no further than the Lord Jesus, who described Himself when teaching weary followers about finding true rest:

Humble. Gentle—like Jesus.  Jesus, who had the authority of God Himself was humble. Are we looking for humility in our leaders? These are the qualities we should be looking for in our leaders: gentleness and humility.  There is no room for pride in the life of a Believer.  There simply is too much at stake, too much to lose.

I recorded this podcast a month ago or so—it was scheduled to air on November 4th and it is about our need to keep short accounts with the Lord.

Last week, I was reminded again how much in need of prayer and humility I am.  I want to be as genuine a follower of Christ as I can be because of my love for my Savior, of course, but there is more: Of all the people that might read my blog or hear me speak, the ones that I am accountable to first reside at my house.

Parents, our children are watching.  Others are watching. Be real. Be humble. Stay teachable.  That means keeping short accounts and asking God’s help to fight against the temptation of pride in my own life.

Pride is a terrible houseguest— but with God’s help and the accountability of others, we can make our hearts a very unpleasant place for him to stay.

Lord, we need You.  Help us to humbly walk before you and serve You—for the sake of the gospel alone.

I feel I could have written this post a week ago.  So rather than re-write it, I decided to publish it again.

It’s no secret that the “Duggar disaster” has had a profoundly negative impact on name of Christ in recent days.  I have never been a fan of the legalistic brand of Christianity that the Duggars espouse.  But like many of you, I was appalled at the treatment of Josh Duggar initially. I believed then, and still believe that the sinful actions of a 14 yr old boy should not dictate public opinion of  that boy when he is a 27 year old man.

However. True repentance means turning away from sin. It means we grieve over our sin—and we stop that sin. When we don’t repent, the Bible says we will experience spiritual death. These past two weeks have shown us what that looks like, up close.

“For the kind of sorrow God wants us to experience leads us away from sin and results in salvation. There’s no regret for that kind of sorrow. But worldly sorrow, which lacks repentance, results in spiritual death.”
2 Corinthians 7:10

Pride comes before a downfall. Pride causes us to hide sin rather than repent from it. Pride says, “You are above your own convictions.” Pride lies to us and makes us believe that our sins will not “surely find us out.” Pride causes us to put ourselves first—to live a double life.

Like many of you, I assumed Josh had truly repented. Clearly, he did not.

Once again, we see that pride has proven to be a terrible houseguest. While we cannot speculate as to the motivation behind the TV show “19 Kids and Counting,” it is a now cautionary tale for the rest of us.  For the Duggars, pride will take no prisoners. It it’s wake is a family devastated and humiliated. Like all unwelcome heart-guests, when pride comes to stay, that’s what he leaves behind— a mess.

While I have never believed in the ideology of the Duggar family, I believe we serve the same Lord.  There are million lessons to be learned here, but my takeaway is a simple reminder:

Nothing saves us except for Jesus.
Not homeschooling.
Not courtship.
Not wearing skirts over pants.
Not policies or self-policing.

Just Jesus. Apart from Him, we can do nothing.

We should weep when those around us are suffering because of the sin of another person. To those who have rejoiced over this family’s fall from grace, I would remind you that pride takes many forms.  To gloat over another man’s downfall is to fall victim to the same sin that brought Josh Duggar down in the first place. Remember, Pride would say, “See? You’d never do that.”

My prayers are with the Duggar family—especially his wife and children. I hope Anna learns to find her identity in Christ, and not in a family name or ideology.

47 thoughts on “Pride is a Terrible Houseguest: A Duggar PostScript”