Most of you know that I am a Christian. As such, I believe stranger things than the idea that marriage is between a man and a woman. I believe that Jesus is risen from the dead; that God created us and thereby gets to decide how His created beings should live. God has given us parameters to live in the same way we give our own children parameters; not because we don’t love them, but because we do.

I believe we can be forgiven because the Son of God sent His son to die for our sin.  In short, I believe the Bible. I take God at His Word.  In the Bible, God, the creator of sexuality, clearly defines how He intended for it to be enjoyed: in marriage, between one man and one woman.

In the seventies, we used to say, “God said it, I believe it, and that settles it.”  This is my stance where God’s Word is concerned, not just over the issue of marriage, but over all issues God addresses.

Yesterday, the Supreme Court wildly overreached it’s role—which is to interpret the Constitution. My heart is heavy over this breach of trust placed in our judicial system—but more than that, I grieve over the trouble that is sure to follow this blatant disregard for the expressed will of our Creator.

Our grief as Christ followers over our nation’s rapid departure from the truth of God’s word is real. God is not silent on the issue of marriage. He defined it, and the Supreme Court of United States, though it may try, can never re-define it.

It’s been coming for a long time, but yesterday, we witnessed the turning of the tide in this nation against God’s word. Many Christians will stay silent, not wanting to be labeled as haters or bigots or homophobes. Can I challenge you to speak instead of being silent? As Christians, we are called to love, and to bear witness to our Savior. As Christians, God’s word is the standard by which we live our lives. As Christians, we do not rejoice over evil, we weep over it.

Sin is certainly nothing new; but what is new is how quickly those who claim the name of Jesus are rejecting the truth of His Word in order to have the wind of culture at their back. Following God today will make you unpopular.  Can I challenge you to be among those who will be unashamed of the gospel? 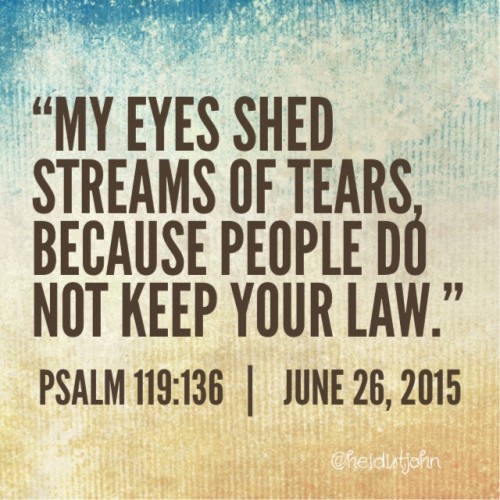 So why is this such a big deal? As Christians we grieve over what is coming, not only because the Bible clearly tells us, but because we have tasted the bitter fruit of our own sin. Apart from the Holy Spirit, we are slaves to sin. Colossians 3:5-6 warns us that the height of sin’s self-destructive power “sexual immorality, impurity, passion, evil desire, and covetousness, which is idolatry” brings with it the final wrath of God.  “On account of these the wrath of God is coming.”Christian brothers and sisters, Jesus was the ultimate example of speaking the truth in love, and if we are to follow Him, we can do no less. Don’t worry about anyone trying to label you. You have already been labeled. If you claim the name of Christ, you wear the label: redeemed. You have been bought with a price, and you belong to the One who made you. 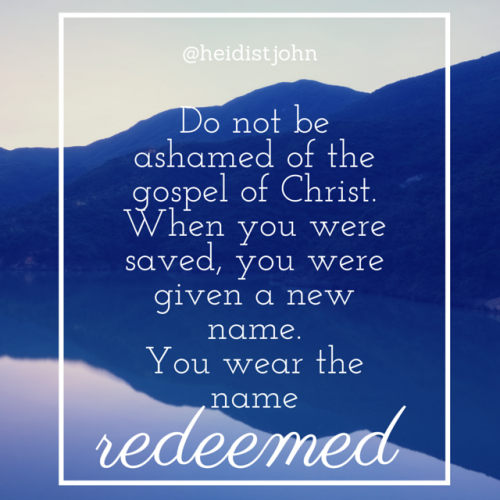 The culture has pushed an idea that we can no longer disagree and still be loving, yet that’s exactly what Jesus does. Love apart from the truth is not really love. Christians who disagree with this ruling (and all of them should) and proceed to demonstrate hatred don’t speak for Christ. Instead, the fuel exactly what the gay “marriage” movement wants. Don’t give them that chance.  They will know we are Christians by our love.

Yesterday’s ruling issues a challenge to Christ followers everywhere—to not only live in such a way that our lives do not make us hypocrites, but to talk about marriage the way Jesus did—as part of the gospel itself, a picture of the way Christ sees Himself and His church.

God gave His Son as a ransom for all our sin.  He saved us, He spoke the truth in love.

We can do no less.

The battle is not ours, but the Lords. Take heart. Keep loving. Keep praying.
There will come a day when God will make all things new.

10 thoughts on “Only God’s Love Wins: Love Apart from Truth Is Not Love”