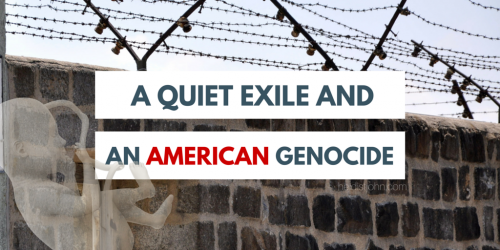 Have you noticed that Christians have been relegated to the “little kids” table where most issues today are concerned? It’s like it’s Thanksgiving and we’re sitting at card tables in the spare bedroom while the grown-up, more “enlightened” people sit around the big table—casually deciding the future of our nation.  Yes, Christians see what is happening, but many are afraid to say who we are and what we believe.

After all, who wants to end up at the little kids table?

The church is struggling with the fear of being exiled. Many pastors avoid “divisive” topics like abortion when they preach. For goodness sake, we definitely don’t want to talk about gay marriage. (That’s so yesterday.) Moving on.

Christians know what’s up. Speak the truth you’ll end up at the little kids table with someone’s leftover meatloaf. No more conversation for you, buddy. Come back to the table when you have something meaningful to contribute. 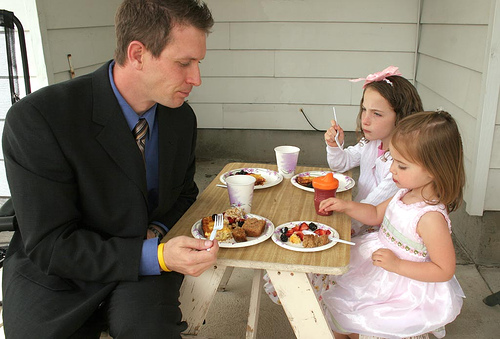 Take the case of Cecil, the beloved African Lion who was allegedly, “accidentally” illegally hunted and killed a few days ago. It’s trending big-time on social media, to the point where the hunter has had to go into hiding due to death threats. Yes, the lion was beloved and beautiful—but can I just say this out loud?  “Cecil was a lion. An animal.” We’re enraged over the death of an animal while millions of our unborn are brutally killed every day in this country.

Cecil is getting a whole lot more attention on the news than the victims of abortion.  Listen. I’m no fan of big game hunting like this—but it seems like a distraction from a much bigger issue: the murder of our unborn. 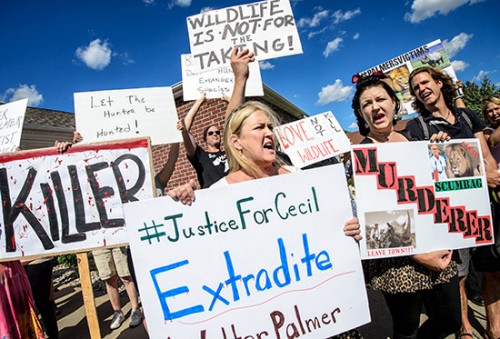 Where is the public outcry over the atrocious way unborn babies are torn from their mother’s wombs? I’ll admit it. It’s hard to have outcry against something you’ve casually been a part of.  We legalized it. We’re part of the problem. Since 1973, abortion has destroyed the lives of more than 57,762,169 unborn children. That’s over fifty-seven million.

But we want justice for the lion.

We live here. We know what’s going on in abortion “clinics” across this nation. So yes. We’re all culpable for allowing such an atrocity to continue all these years. Our silence has allowed a genocide to happen right in our own back yard. I praise God for the brave men and women who made the videos that are exposing what all knew in our hearts was happening at Planned Parenthood.

Don’t look the other way. We’ve got a lot to atone for.

I have worked alongside many pro-life groups over the years, but I’ll be honest: it’s discouraging to feel like there’s no hope of ever seeing the tide turn our way in the fight for life. However today, as I write this from my little corner of the United States, I have a hunch we might be seeing the tide turn in favor of life. If you care about this issue, now is the time to speak. Now is the time to let your voice be heard.

“He defended the cause of the poor and needy, and so all went well. Is that not what it means to know me?” declares the LORD.” Jeremiah 22:16

This is part of what it means to know the Lord. I’ve been re-reading Bonhoeffer this summer. What stunning similarities there are between then and now! Hitler’s Third Reich “Church” rose while simultaneously silencing true Christians in Europe! The Reich told Believers that their ways were best for Germany—but deep down, Christians knew otherwise.  Bonhoeffer witnessed the slow but steady silencing of church leaders in his time, and finally, the almost complete capitulation of the Church to the Reich.  It was exile. Many of  God’s people turned away from public discourse in an effort to escape the scrutiny of the SS and avoid being publicly ridiculed or even arrested.  Slowly, evil men were able to take full control of Germany as good men kept silent.

What a price was paid for the silence purchased through intimidation and fear. What began as a quiet exile of good men and women ended in a genocide. 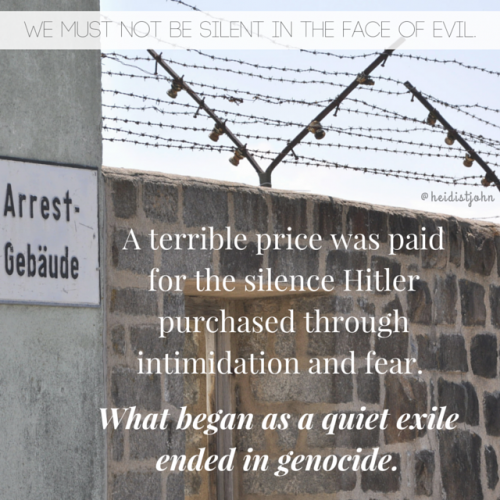 I know that some people will be offended at the comparison between then and now—but it is what it is. Read for yourself.

As an author, I have been privileged to speak to tens of thousands of people over the past ten years. In the past year,  I’ve noticed a dramatic change in the demeanor of many Christians in the public arena. Many are afraid. Afraid of being hated because of their beliefs.  Afraid of being misunderstood. Afraid of being made to look foolish because of their faith. And while it’s understandable to want to stay quiet, our silence is speaking for us. As Bonhoeffer said, “Silence in the face of evil is evil itself. Not to speak is to speak. Not to act is to act.”

We may have begun to see Christians exiled, but it should not deter nor surprise us. Jesus said in John 5:15, “If the world hates you, keep in mind that it hated me first.”

As a Christian woman, I am compelled to speak for those who cannot speak for themselves.  I am compelled by my faith to do what God says is right, no matter what other people will say. The Bible teaches us that the war we are in is an epic battle between good and evil. The temptation is for us to yield the floor to our emotions—but we cannot argue from our emotions alone. Our argument is not emotional. It is spiritual. It’s God’s argument.

This means that our reason for being pro-life is NOT because we “feel bad” about  the gruesome practice of harvesting organs from new babies is commonplace for Planned Parenthood (though we certainly should).  Yes, we should be outraged by these things, but outrage is not our reason for opposing PP. We oppose abortion for the same reason we oppose all things God calls sin.

We oppose abortion because God opposes it.  End of story. God knows the preborn child. “You knit me in my mother’s womb . . . nor was my frame unknown to you when I was made in secret” (Psalm 139:13,15)

It’s time that we stopped using the world’s reasoning and started coming back to Scripture as our first line of defense. Any other kind of reasoning falls short of carrying with it the victory that is ultimately found in Christ alone.

Let’s not make the same mistake that many Christians made when they turned a blind eye to the evil that Hitler was committing against the Jews. We serve the living God. Let’s act like it. No matter the SCOTUS rulings, Planned Parenthood atrocities or “pro-choice” arguments, we must not be silent.

Pray. Ask the Lord how you can get involved and what He would have you do. We do not have to be exiled from the conversations that our culture is engaged in today. God’s Word is as relevant today as it was when it was written.

Your seat at the table was reserved at Calvary. Take your seat and speak on behalf of the One who gave His life for you.

Click here to sign the petition to demand a Congressional investigation into Planned Parenthood and immediate defunding of the abortion provider. 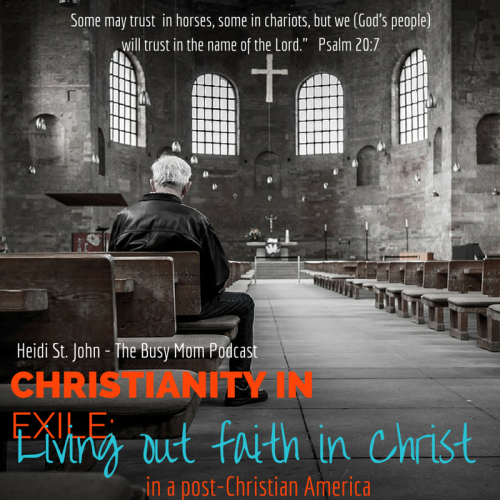 In case you have not yet heard me speak on this issue: check out the podcast.  I hope you’ll visit iTunes and help me spread a word of encouragement from the Bible every Monday, Wednesday and Friday.

7 thoughts on “A Quiet Exile—and An American Genocide”