I’ve got a little bone to pick with the culture. Everywhere I look, I see signs that while we all love a good wedding, we don’t give marriage the honor it deserves.

When Jay and I celebrated our 25th wedding anniversary, our adult daughters did something unexpected and wonderful for us—they threw us an anniversary party.  It was a sweet time of looking back. Together, with some precious friends and family,  we watched a video that told the love story of a rock-n-roll boy with a mullet and a girl with funky, thick glasses. Wow. Just wow. 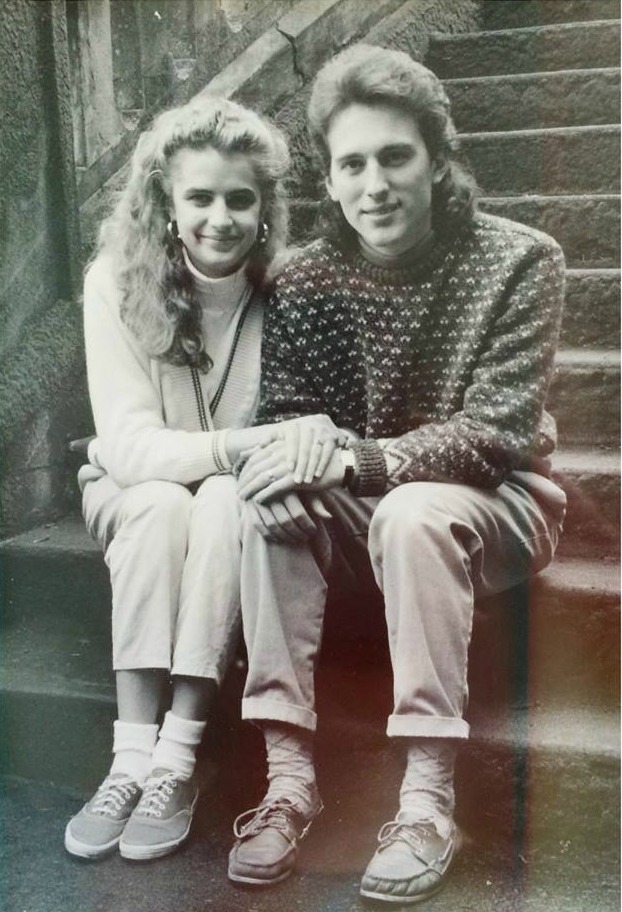 The following day, we left for a rare two day retreat in Central Oregon. On the drive, Jay confessed to me that he had not expected marriage to have so many ups and downs. Right? As it turns  out, life is full of more twists and turns than we imagined it could be. New love paints marriage with a broad brush. And that’s okay. It needs be broad to cover a lifetime’s worth of canvas.

In 1989, we thought the big deal was simply to get married. We were wrong.  The “big deal” was—and is— the commitment we made. As our friends helped us mark a milestone, we were reminded that marriage is about much more than a wedding. Our marriage has impacted not just our lives, but the lives of our children and grandson.

A good marriage provides the foundation on which the next generation is built. At least, it should.

Maybe that’s part of what’s wrong with our culture—and our families. It seems we’re more interested in other people’s weddings than we are in protecting marriage. And we’re suffering for it.

A few days ago, I glanced at a some magazine covers while waiting in line at the grocery store.  Apparently, “Brangelina” tied the knot after years of living together. Kim Kardashian spent a gazillion dollars on a lavish ceremony that was made for reality TV and George Clooney decided to take the plunge in a ceremony worthy of … well, a guy with a lot of money. 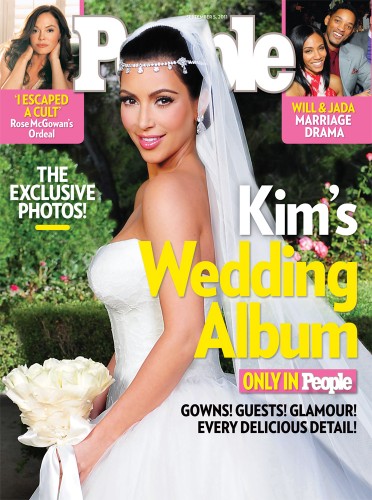 The magazines were all about the money invested in the wedding and trappings of the big day, but there was not a single word written about the commitment that was being made.

What is marriage for? I think we’ve forgotten.

Our culture is focused on the wrong thing. Divorce is just part of a byline now in a Wikipedia rundown of a person’s life.
Married xx times. Divorced xx times. That’s life.

Are we investing in what really matters?

Every year, parents pour thousands of dollars out to to see their children into a new season of life… the married season.  It calls for a celebration, but I can’t help but wonder: does a wedding day really call for the lavishness we give it? I don’t think so. Not that we shouldn’t celebrate: we should. But I think our “lavish” celebrations should be reserved for, well, the deserving.

I figure this isn’t gonna make me very popular, so hear me out:

Weddings are important. The moment is monumental— but the test—the test is yet to come.

We commit to the “test” when we get married, but we can’t really know what it means. Not really.

When was the last time you saw a magazine dedicated to anniversaries? Have you tried to get a 50th Anniversary cake topper at your local Hallmark store lately? Trust me, they’re hard to find. Why? Because not many people make it to those special anniversaries, that’s why.

New love is awesome because of the potential it holds—but there’s something even better: Old love.

Old love deserves a Pinterest inspired chandelier hanging from an old oak tree. Old love should dance under that tree until dawn.

Old love has weathered the storms of this life. It has seen a couple through the addition of children. It’s been up all night with newborns and waited up until dawn for teenagers to arrive safely home.

Old love has struggled through the loss of a child and held on.

Old love knows the pain of shepherding a prodigal.

Old love has cried over the loss of a dear friend’s marriage and sometimes even wept it’s way through it’s own infidelity—and hung on.

Old love has weathered financial setbacks. It may have known poverty—but poverty did not destroy it.

Old married love knows the lows and the highs living with someone for better or worse.

Old love has discovered that hanging on is it’s own reward. It knows the depth of joy that comes with a lifelong commitment.

Old love appreciates wrinkles and stretch marks—because it knows they are markers. Time is passing.

If you have parents who have been married for twenty years, you have reason to celebrate. Believe me. Throw your parents a party they’ll never forget. Let them know that you appreciate that they did more than simply “fall in love.” They persevered through life’s trials and remained faithful. They didn’t give up. They didn’t quit.

Soon after I wrote this, my husband’s parents celebrated 50 years. If us old folks can stay up all night celebrating, that’s what we’ll do.

Because old married love has earned itself a celebration.

14 thoughts on “In Celebration of Old {Married} Love”