“Not a person.” That’s how the abortion industry views the unborn.

I run a page on Facebook called The Busy Mom and of course, I blog here. As you might imagine, most of the my readers here are mothers. As a mother, abortion breaks my heart. More now than ever, as I have witnessed, like many of you, what is now the undeniable truth about the barbaric practice of abortion in this country.

This week, the latest videos exposing the barbaric practices of the abortion industry were leaked to the public. The reporting on them, however was deafeningly silent.

There was a time in this nation when blacks were considered less than human. They were treated as animals, not people. They were bought and sold. They had no rights—until the abolitionist movement grew larger than the slavers and those who were sympathetic to slavery. When people started to listen to their consciences and act on what they knew was right, things started to change.

From 1934 to 1945, Hitler’s policies decreed the the Jews were inferior to the German nationals. He stripped them of their rights. His “final solution” and evil dictatorship resulted in the Holocaust, which claimed the lives of more than six MILLION Jews and Jewish sympathizers. The Jews had no rights in Hitler’s Germany—until a coalition of brave men and women decided “ENOUGH!” and put an end to Hitlers reign of terror.

Today, another holocaust is happening in our nation. The latest videos from the Center for Medical progress lay out in heartbreaking detail what is happening every day in this nation to our unborn. The videos are unedited and long, and frankly, hard to watch. Most of the footage comes from an abortion conference. 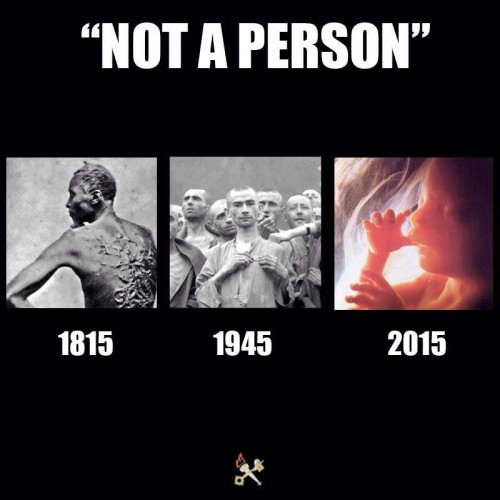 At one point in the videos, Dr. Landy, one of the abortionists, tried to lighten the conversation by inserting a little humor into the workshop. “I remember one time,” she revealed with laughter in her voice, “an eyeball just fell down into my lap—and that is gross!” A roar of laughter.

This is what passes for a joke at an abortionist conference.

The unseeing eyeball of a baby falling into the lap of the woman who just crushed her skull.

In another video, abortionist Dr. Amna Dermish, speaking to actors posing as a fetal tissue procurement company, said “My aim is usually to get the specimens out pretty intact.” Dermish then admits that she will sometimes use ultrasound guidance to convert a 2nd-trimester fetus to a feet-first breech presentation: “Especially the 20-weekers are a lot harder versus the 18-weekers, so at that point I’ll switch to breech.”

Usually when we hear the word “breech,” we’re talking about a woman who is going to have a C-section. These people are talking about turning a baby to deliver it feet-first in order to keep it’s head intact for the purpose of selling it’s brain.

And heaven just weeps. When have we become so calloused that have such little regard for the suffering of these babies?

We’ve changed the wording to make ourselves feel better. We talk about these babies as if they were not people … just tissue. Surely by now, we know that these are living, feeling human beings. Surely by now, we have seen 3D ultrasound and have seen the horror that abortion is.

We are without excuse.

What can you do? 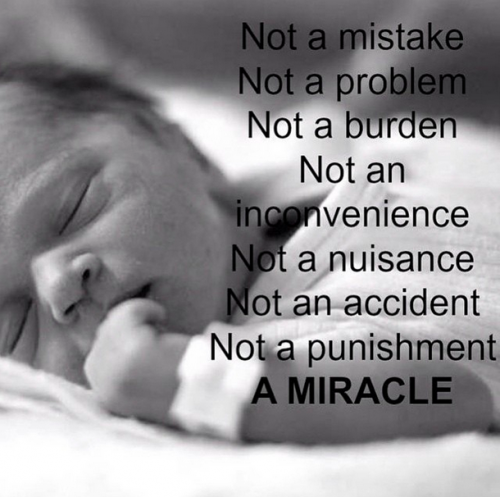