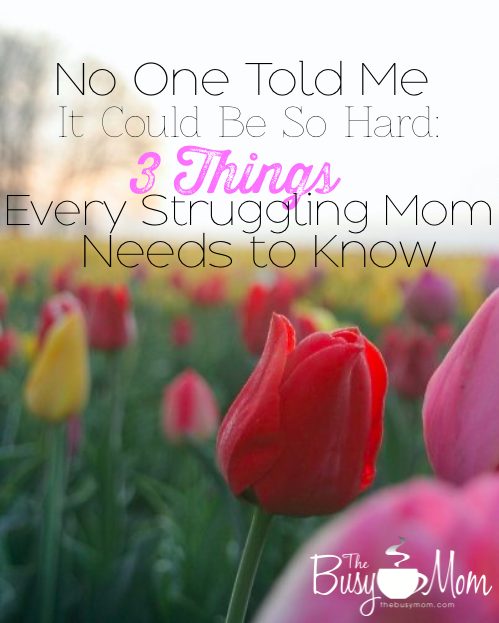 I love my kids. Our seven children range in age from 3 to 22 at the moment. Our oldest daughter and her husband have a beautiful little boy. That makes me *gasp* “Mamsi.” Our youngest daughter is an “aunt” at the age of three. I love that too. Sometimes I look at my children and I cannot believe how fast the years go by—but there are days when I have struggled to appreciate the gift I’ve been given.

Last week, I saw a blog post go by on my Facebook feed from a girl (to call her a woman would be going too far) about why she thinks it’s selfish to have kids. I didn’t visit her blog—since she was obviously writing to boost her blog stats. Such ridiculous dribble. Nope. Not gonna read it.

Not a day later, I received an email from a mom who felt like she was failing. She had met yet another “quiverfull” mom at a homeschool event. I don’t know why we insist on all these labels.  From the outside, the family appeared to be the perfect family. Every little girl in dresses; every little boy the perfect … well, little boy. Now, I’ve met dozens of families with dozens of kids over the years. Some of them are my very dear friends. In fact, I believe the family probably didn’t intend to make this mom feel guilty about her own family, but in the end, that’s what happened.

It’s easy for things to look perfect from the outside. We “pin” perfection. Imperfection doesn’t go over so well. I wish we’d all stop trying to appear perfect. It’s not helping anyone. Not really. Motherhood is hard. Much harder than I thought it would be. More demanding for sure. No one told me it was going to be so hard.

When our kids were little and we were in the throes of having them, not one person told me that the real work of mothering goes on long after the potty training and driver’s ed ends. That’s when the real work begins.

I’m going to be brutally honest about the cost of being a mom, because I think it’s time someone was honest. There is a cost. If we’re going to encourage each other at all, we must talk about the hard parts. Parenting is seasonal; each season has it’s ups and downs.

When our kids were all little, parenting was challenging—and the challenge was just to stay alive. It was a marathon of on-the-job training. Stay on top of the laundry, the dishes, the discipline, the mess. My husband and I were challenged to find time to nurture our marriage. We were challenged by the enormous responsibility of shaping little hearts and minds. It was daunting; but it was do-able. It was an exhausting season but a joyful one.

As the kids grew, I grew. I grew as a mother. Mostly, I grew from making mistakes. There was the time I yelled at my 15 year old during a teen get together she was hosting at our house. Yeah. That was embarrassing. There was the time I mistook one culprit for another and disciplined the wrong child. Bummer. I apologized. We moved on. We grew again.

As the years passed, the challenge became holding my tongue. It became a call to prayer. I began to learn how to surrender things I could not control with a swat on the bottom or a time out.

I have a little circle of friends I call when I’m stuck. These are women who have been parenting a long time. A few of them have large families like mine. A few don’t. One thing we’re all discovering as we grow into the “older moms”—it’s a marathon. It’s not for sissies. There are three things that I especially wish someone would have told me when my husband and I were in the midst of having children. I hope they’ll encourage you if you’re struggling to appreciate the precious responsibility you have been given in shaping your children.

Labels will mess with you—and they’ll set you up for failure.

Call it what you will: “quiverful” “homeschooling” “patriarchal” … whatever. As soon as you identify with yourself as part of a movement, you’re in for trouble. When I was in my early twenties, we got invited to a parenting class. Eventually, that parenting class gave birth to an entire generation of parents who judged and yard-sticked each other’s every move.

Our kids were held up as examples. The pressure was enormous. Boy how I wish I would’ve avoided that like the plague.The problem with labels is that they’re just another name for formulaic parenting. You know what I’ve learned? There is no formula.

As soon as we believe we’ve found the holy grail of parenting, we fall into the trap that pride has laid for us. Doesn’t matter how clever the disguise. And by the way: the labels are usually passed off “biblical teaching,” too. That’s sad.

We’re all unique. We were not created to be the same or parent the same. We’re different! Be careful not to let someone else define what your family should look like.
Grace, busy mom. Grace

Mothering Is A Continual Surrender

This is a hard one. It’s especially hard as the kids get older and you still have younger ones to parent. You’ll get tired of saying the same thing over and over. You’ll likely get tired of kids arguing. You might wonder what you got yourself into from time to time. That’s okay.

I had to give myself permission to admit how hard motherhood can be. Honestly? Admitting it was the first step toward enjoying it! Somehow I had come to believe that my being tired and wanting to resign from time to time was failing. Turns out, it’s just part of the surrender. Just when I get through a rough patch with one child, another one enters their own rough patch.

Need to make it easier? Find a good friend and be honest about your ups and downs. Keep surrendering.

Your identity should not come from being a mom.

My hunch is that I’m going to take some criticism for this. I think this one is hard very young moms to grasp; but it’s so important! Many years ago, this truth was shared with me from another wise mother. She had raised her five girls and literally poured her life out to do it. When her last child left home, she was devastated. She battled depression and resentment. Her marriage suffered. Finally, at her husband’s request, she decided to do something that was just for her.She told me she wished she had done it years earlier. She began a small craft business and now, she’s enjoying a season of being a grandmother and an Etsy entrepreneur.

Her advice to me? “Do something to nurture your spirit while you nurture your children. Don’t wait until they’re grown.” .. and so, I began to write. Fifteen years ago I started writing a little column for our church newsletter. I loved it. It helped me think about something other than dishes and diapers. Eventually I wrote a book. Then another.

People sometimes ask me how I find time to write when I’m raising children. I don’t find time. I make it. Sometimes, it’s early in the morning. Sometimes it’s late. Truthfully? Writing is a joy for me. So I make time for it. Find your identity in being the woman God has created you to be. Part of your identity is found in motherhood. Where else is it found? What gifts has He given you? Do you like to organize? Teach? Sew? Write?

If you take time to nurture your spirit, even just a little, while your children are still growing, when they leave, you’ll find the transition will be easier.

Go easy on yourself, mom. Give yourself grace as you navigate the sometimes choppy waters of parenting. If you need to take a break, take a break. Pour some Cheerios for dinner and make a list of what you have to be thankful for. Write your dreams out—breathe deep.

Motherhood only lasts for a season. Some of us have longer seasons than others but in the end, motherhood is a journey worth taking.

Now excuse me. I hear hollering from the other room… I think the toddler is having an issue.

Where’s my cape? Bless her heart, my toddler is the only one of my seven kids who still thinks I wear one.

50 thoughts on “No One Told Me It Could Be So Hard: 3 Things Every Struggling Mom Needs to Know” 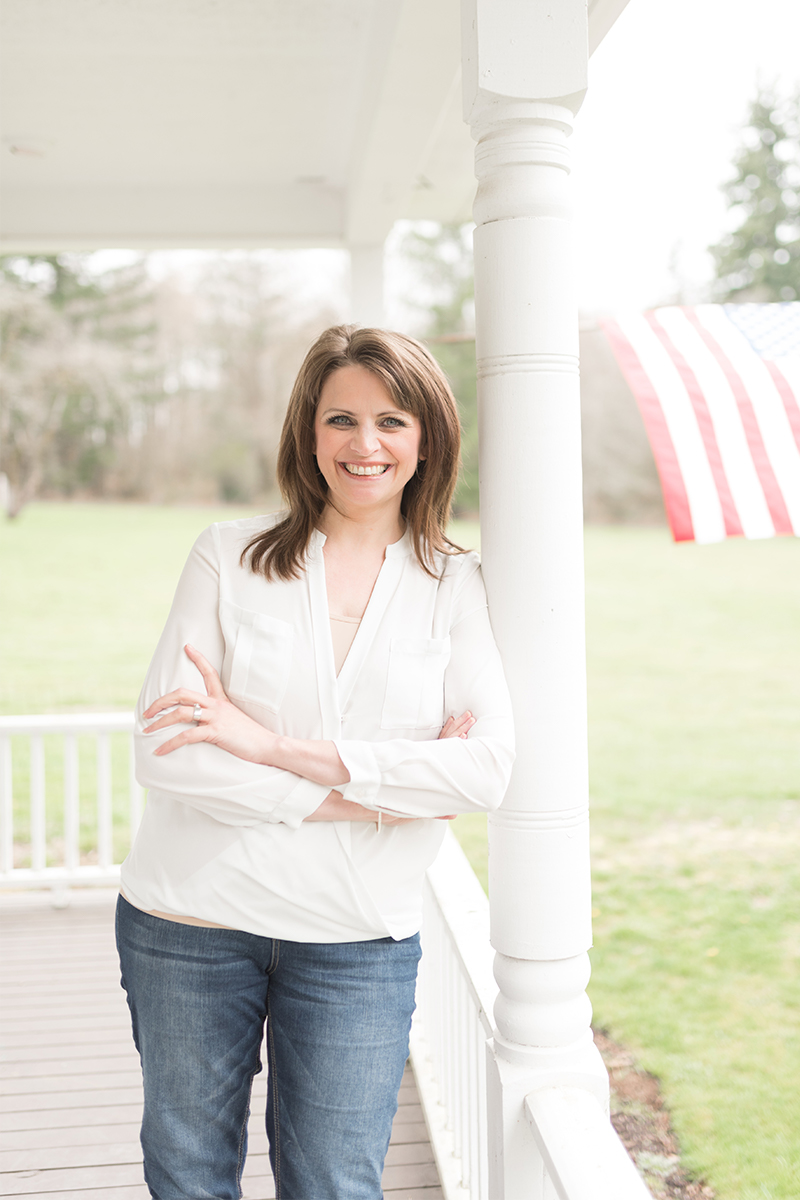