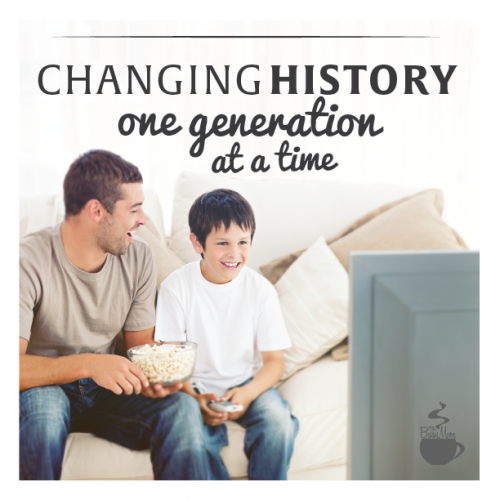 As many of you know, tonight will be the seventh and deciding game of the World Series in Major League Baseball. If you’re a baseball fan that’s the Holy Grail of games– the grandaddy of them all. Teams wait for a generation or more to play in a World Series. The majority of major league baseball players never have the opportunity to play in a World series at all during their entire career. Fans wait with their favorite team, decade after decade in some cases.

The Kansas City Royals and their fans are a case in point. The last time the Royals were in a post-season playoff game was 1985. Some of you weren’t even born yet. An entire new generation of Kansas City fans has never seen the Royals make a single post-game appearance. But this year the Royals won a wild-card game to make the playoffs, then swept the Oakland Athletics and the Baltimore Orioles to face the mighty San Francisco Giants for the world championship.

In a hard fought series that now stands tied at three games each the two teams have sparred and wrestled to a draw. Tonight’s seventh and final game will decide who wears the crown as World Champions for the next 12 months.

So what does ANY of that have to do with parenting or education? Let me share one more story and then I’ll tell you.

I have a good friend. Though he’s 24 years younger than I am, he and I share much in common. We were both raised by cold, emotionally absent fathers who were busy with their own lives. We each wear the emotional wounds to prove it. We have compared scars.

My friend is a lifelong Kansas City resident and a rabid Kansas City Royals baseball fan. He loves the Royals whether they win or lose. Kenny has been blessed to see several of these exciting post-season games in person with close friends. It’s been a Kansas City fan’s dream October. No one I know is more excited than Kenny about tonight’s historic seventh game.

I called my friend this morning to ask him if he enjoyed last night’s game. He assured me it had been exciting from start to finish. Then I asked him what his plans were for tonight’s all-or-nothing, climactic seventh game. I fully expected my friend to say he had somehow scored more tickets to the game tonight; a chance to sit with lifelong buddies and watch history made. Or at the least to gather with other baseball fans to watch the big show. But his answer left me speechless.

Kenny said, “Tonight, I’m going to sit with my 11-year-old son and we’re going to watch the game together on TV… just the two of us. My son loves baseball as much as I do and I want to share this experience with him.”

29 years ago, when Kenny was 11, he watched alone while a self-absorbed and abusive father followed his own dreams. Deeply wounded by a difficult father-son relationship, Kenny has made the decision to change history. He is determined to make choices for his own son that are based on what he would have wanted as a boy rather than what he experienced.

So whether you watch the game tonight, or read the final score tomorrow, I want you to think about two 11-year-old boys and the difference one generation has made.

You have within you, the power to change history. The choices you make today, and tomorrow, and the next day will determine the legacy you leave to your children. I’m so very proud of my good friend and the choices and sacrifices I see them making each day to break the chains of the past and to give his children the gift of love; a nurturing father who wants to spend time with them more than anything else.

What we do today really does matter. And what tomorrow looks like will be shaped by the choices we make today.

4 thoughts on “Changing History One Generation at a Time”