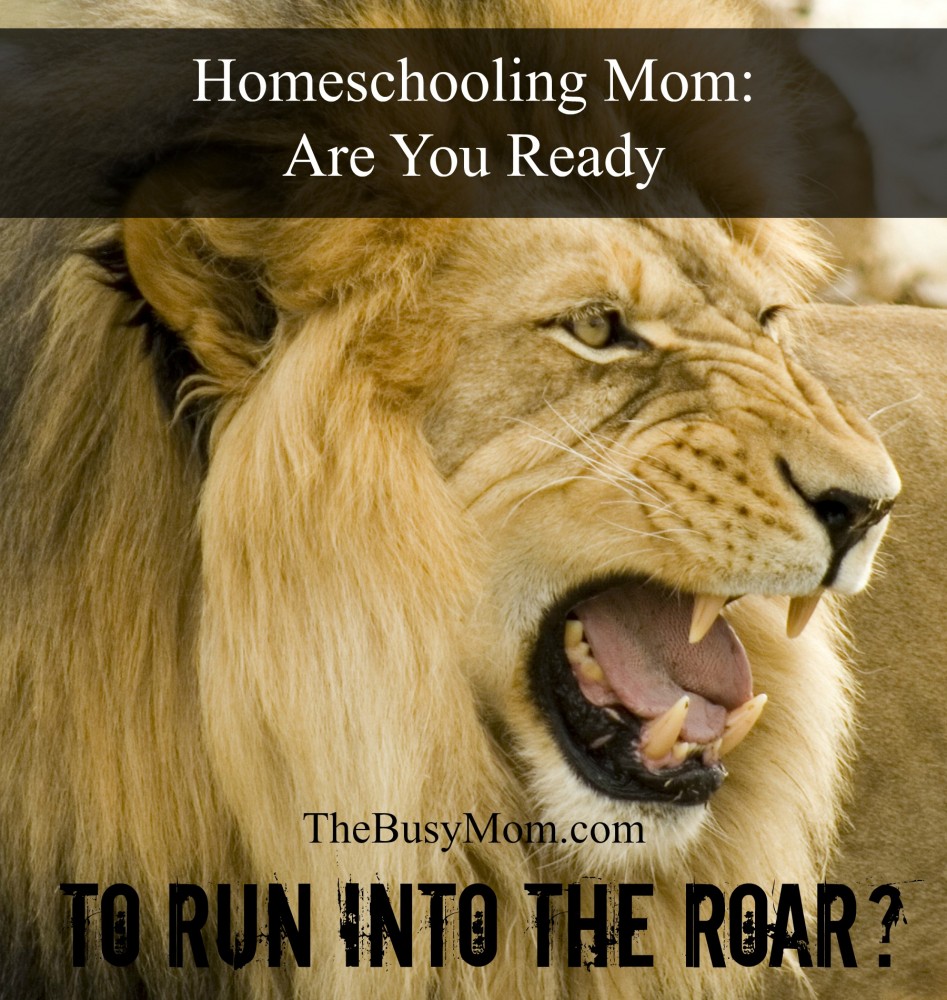 Have you heard of Martin Rooney? If not, let me introduce you to him! He’s the founder of Training for Warriors. According to the Training for Warriors website, TFW is “a fitness program that was originally created for some of the best athletes in the world.” Over the last 15 years, it’s been recognized that the TFW training methods can be great for anyone who wants to lose fat, build muscle, and feel good.” (If you’re interested in reading more about TFW, you can do that on their website.)

Besides creating TFW, Martin Rooney is an amazing motivational speaker! When I listen to him give a presentation, it makes me want to work hard and reach my goals! One of the motivational stories he tells is about running “Into the Roar.” Here’s what it means (as summarized by me):

Female lions are the main hunters. When they are hunting gazelles, they run after them and cause them to form into a group or a herd. Then they run them in the direction of the male lions—whose only job is to roar loudly to cause the gazelles to run back toward the female lions who are waiting to kill them! The moral is that the gazelles who actually live are the ones who run “into the roar.” They are the ones who, though the male lions sound scary, choose to be brave and run toward them and, therefore, away from the real danger.

Martin Rooney’s point is that we often have to run “into the roar” in our own lives. It may be easier and more comfortable to run away from the things that are hard for us, but if we choose instead to run into the roar, we will live and thrive! We will reach our goals. We will get in better shape, learn more, eat healthier, better teach and train our children, or reach whatever other goals we’ve set for ourselves.

Are there areas in your life where you need to run into the roar? Is there a goal you’ve been wanting to reach but just haven’t quite had the courage to go for it yet? Don’t wait for the new year or for more time or more money or whatever else it is that you’ve been waiting for! Instead, run into the roar right now and make the first step toward reaching your goal!

In my case, my goals for this school year are:

I have plenty of reasons (excuses?!) why I haven’t reached these goals sooner, but I decided to run into the roar and work toward these goals anyway. Instead of telling myself all of the reasons why I can’t do these things, I decided to look for reasons and ways that I can.

Just about 5 months ago, I made the decision to run into the roar and reach these goals, and I’m happy to say that I’ve made progress in all of the areas I listed. I can’t say that I’ve reached my goals yet, but I’m definitely on my way.

There have been times that I’ve felt discouraged or taken a step backward toward the “danger” of settling for less than what’s best. There have been a few times that I’ve wondered if all of the work involved in reaching these goals is really worth it. There have been times that I’ve thought about quitting because of the work it requires to reach my goals. But then I’ve reminded myself that running into the roar is what’s best for my family and for me. It’s what will help my reach my goals and set a good example for my family to follow. It’s what will make me feel better and be more successful. And it’s what I’m going to do.

Running into the roar isn’t the easy way, but it’s the best way! It’s the way that will cause you to finish well.

What about you? Are there goals you’ve been putting off because you just don’t think you can reach them? Are you ready to run into the roar? If you’re ready to go for it, please leave a comment here so we can pray for you!

Click here to see Martin Rooney’s explanation of running “Into the Roar.”