What do drag queens and children have in common?

But that’s not stopping public libraries across the United States from hosting “Drag Queen Story Hour” (DQSH), an organization whose stated goal is the promotion of “gender fluidity” to children. Like it or not, your public library may soon be asking men in drag to talk to children about homosexuality and make sure your child knows he or she can “imagine a world where people can present as they wish, where dress up is real.”

Dress up isn’t real, of course. And neither is “gender fluidity.” It’s made up, just like a fairy-tale, with no real science to back it up—but drag queens like “Annie Christ” who performs in lewd, sexually charged nightclub shows, was invited to read to children at the Lansdale (Pennsylvania) Library despite pleas from concerned residents. 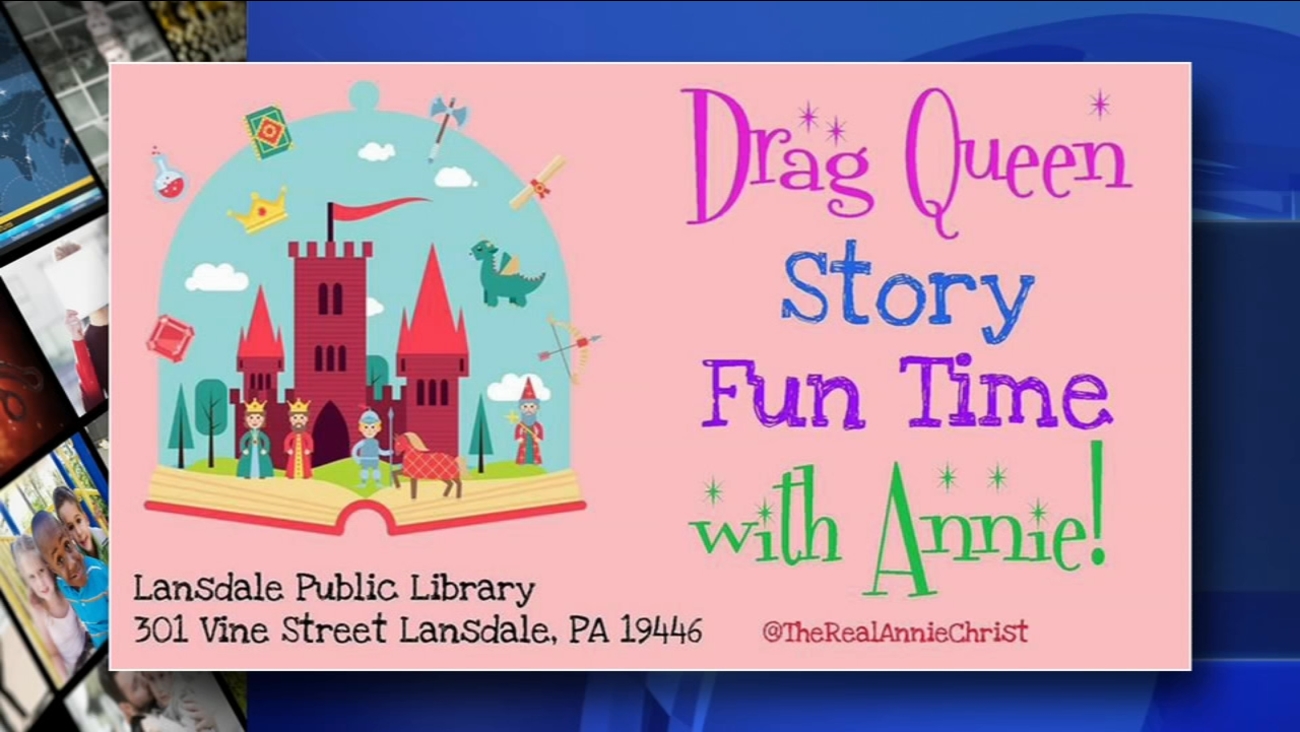 As a mother of seven, and grandmother, I can attest to the vulnerability of children—and DQSH seeks to capitalize on that vulnerability. In fact, DQSH is asking us to do more than host an hour where gay men dressed as women talk to children about sex, they’re asking us to set our most basic instincts about life aside. They’re hoping we’ll stare blankly at each other, wonder how we got here and then – just stay out of their way.

Recently, I posted a warning to parents in my city of Vancouver, Washington – the latest city to surrender its dignity to men in drag. “Why would we expose our kids to topics of this nature?” I asked. “Why not bring in firefighters or scientists to read to them?” The response was swift and severe. “You’re a hate-filled, ignorant woman!”, one reader screamed. “You’re the reason trans kids kill themselves!”, yelled another.

No, I’m not the reason this is happening. The reason this is happening is hidden in plain sight: somewhere along the line, we decided that love can exist apart from truth. It can’t of course. Real love requires truth. And the truth is that men cannot turn into women, no matter how much makeup they put on, no matter how many hormones they take, or how many surgeries they have.

When did we decide to stop telling the truth?

Physicians are also afraid to speak the truth about transgenderism, and with good reason. One doctor recently said, “no one is free to dissent without being punished. Such punishments range from being “passed over for promotions” to “demoted from Chairmanship positions” to suffering “loss of research funding” and being subject to “severe harassment by peers [and] death threats from activists.” (Link here)

Recently, a long-time public school teacher in Oregon told me that her peers were terrified of speaking out against transgenderism and gender dysphoria – even to other educators. They’re routinely bullied by transgendered or homosexual students, who have been given unprecedented authority in the schools. Don’t believe me? Ask a teacher. If you offer another view (other than pro-trans) to your student – you will likely face a lawsuit in our new, tolerant society. And just in case you’re curious, thirty years of excellence in teaching won’t help you when the ACLU comes for your job.

No wonder our schools are in chaos. The transgender community does not want “tolerance.” They want total capitulation, total surrender.  What teacher wants to lose their job to protect a child? What library employee is willing to get fired when retirement is just a few years away? The answer is simple: fewer and fewer each year.

Fear is a powerful weapon, and trans activists are wielding it masterfully.

It’s a sad time to be a child in the United States. More and more children are at risk for a new phenomenon that has been recently labeled: “Rapid-Onset Gender Dysphoria.” Young, impressionable children, many of whom may be struggling with social or emotional issues, are easy targets for the trans community, who promote transgenderism, with its hormone blockers and “confirmation” surgeries as soul-satisfying solutions to their pain.

The trans community and those who are making millions on their “confirmation” surgeries want the rest of us to shut up and give them unfettered access to our children.

“Let the drag queens come to the libraries,” they say. “It’s about love,” they tell us, while a generation of children become pawns in a push to validate the pseudo-science of gender fluidity.

“We’re not hurting anyone, we’re having fun,” they say.  This isn’t innocent fun. It’s the blatant targeting of children.  DQSH seeks to promote a dangerous and high-risk lifestyle. Drag queens in libraries actively push adult sexuality on innocent and vulnerable children. This is NOT just harmless fun. It is deliberate activism that should not be promoted with taxpayer dollars.

They’re hoping we’ll push our protective, basic biological instincts aside and applaud as parents allow their “drag kids” to perform at gay clubs where grown men will watch them dance for money.

We used to call that child-abuse. But here, in our alternate reality, we call it “progress.”  Science doesn’t matter, facts don’t matter, and outcomes don’t matter either.

And speaking of outcomes, the increasing number of stories that are surfacing from families of transgendered kids who have been permanently disfigured and emotionally devastated by the lie of transgenderism – should be a wake-up call for parents and physicians.

A few years from now, when these “gender fluid” children have forfeited the ability to procreate, thereby shattering a beautiful dream that only their future, grown-up minds could fathom, I wonder where the drag queens will be? Something tells me they won’t stick around to pick up the pieces.