I hope you guys don’t mind if I cut right to the chase today… because this is important.

Do you know what happened last week while our nation was arguing over  Civil War statues? While demons were pouring gasoline on racial tensions in the US and re-igniting our deep offense toward the Confederate Army (I can’t believe I just typed that in 2017) Oregon Governor Kate Brown quietly signed the nation’s most devastating abortion bill into law.

Last week, just days after the horrible events in Charlottesville took place, Oregon made sure it’s position was secure as the most radical provider of unrestricted abortions in the nation.  Oregon’s House Bill 3391-B compels insurers, public or private, to provide a whole swathe of “reproductive services” free of cost and regardless of income, insurance type, citizenship status, or gender identity. Because the bill prohibits insurers from shifting costs to customers in the form of higher deductibles or co-pays, private insurers will be forced to eat the costs — or, more likely, to distribute them among their customers through higher premiums. Medicaid (read: Planned Parenthood) will receive an extra $10 million from the state to cover the procedures. That’s ten MILLION DOLLARS of Oregonians money going to the murder of innocent babies up to nine months gestation for any reason, including gender selection.

Of course, the major media outlets aren’t talking about this American tragedy. No, they’re too busy trying to stir up an angry debate about slavery that was decided during the Civil War.  It’s as if we have forgotten who won the war! The outcome of the Civil War determined that slavery in this nation will not stand. And indeed, it does not. Christians all around the world should stand in stark opposition to the evil that is racism—and certainly slavery—but can I suggest that something even more sinister than racism is at the heart of our struggle over statues? 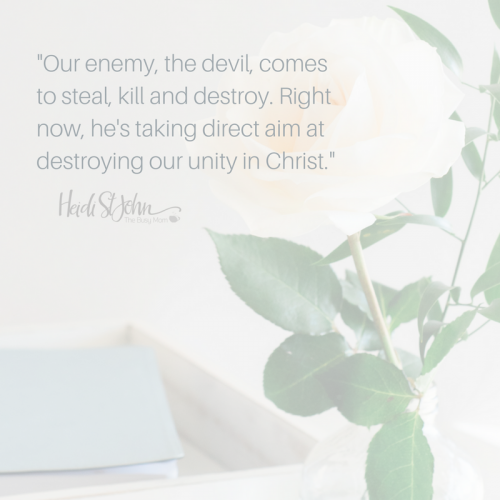 It’s curious to me that old statues getting the attention of popular preachers and teachers while abortion, the horrific murder of babies in the womb that is happening now gets little to no pulpit time. Oregon says that they’ll use taxpayer money to fund your sex-change surgery and your gender-selection abortion… and all we hear is … nothing. The silence is deafening.  Where is the outrage over that?  Black women are aborting their babies at an alarming rate compared to every other culture in America and we want to march about statues? We are losing thousands of precious black women every year in this country. Feminists? Where are you?

The standard by which we measure offense as Christians needs to be re-calibrated, and fast.

We have lost our way, men and women of God! We have made an idol out of our right not to be offended. Tell me, what good is going to come of this? Do we really want to teach our children to march in the streets because we are offended over statues while real, live babies are callously ripped from their mother’s wombs?

Listen. Offense is a trap; a snare set by the devil to distract us from what really matters, and boy are we stepping on almost every trap the devil is setting right now. It seems that every time I turn on the news, another trap is springing shut. SNAP! Can you hear it, too?

The Bible teaches us that we should be on guard against the snares of the enemy. One of those is  the snare of offense. At the risk of boring you, I looked something up. The Greek word for “offense” is skandalon, which literally means the part of an animal trap where bait is hung! In other words, an offense is literally a trap.

We need to understand this deep in our souls and guard against it, because if we’re in a battle (and the Bible clearly says we are), it makes perfect sense that the devil would choose to use offenses to trap and enslave us. Satan lays all kinds of traps for us, and I’m convinced he hunts among the hurting. Think about it— when people offend us, we get angry and hold grudges. Grudges lead to unforgiveness, which leads to broken relationships, or in this case, racial division.

The fact of the matter is that many offenses are going to come our way in this life. When they do, we get to choose how we respond.  We can choose to not be offended. In Colossians 3:13, Paul reminds us that we should be “bearing with one another, if anyone has a complaint against another; even as Christ forgave you, so you also must do.”

And there’s more: while we’re allowing ourselves to get drug into the swamp of offense, a coup is taking place. We’ve forgotten to keep our eyes out for the REAL enemy. Our enemy, the devil, comes to steal, kill and destroy. Right now, he’s taking direct aim at destroying our unity in Christ.

Offense is one of the enemy’s most powerful weapons, and its primary purpose is to keep us from growing in power and strength in the Lord. Offended people are ineffective in the spiritual battle that we have been called to engage in, because when we are offended, we focus on our own pain, often at the expense of others. The devil uses the snare of offense to take us off the battlefield and ultimately out of the war. His goal: to sideline Christians who would otherwise be effective witnesses for the Lord.

A heart that is easily offended is in trouble. It’s a biblical truth that the pure in heart hear from God more readily than those who are full of bitterness: “Blessed are the pure in heart: for they shall see God” (Matthew 5:8, kjv). A heart that is full of offenses and unforgiveness isn’t a pure heart. If we want to hear from God, we have to refuse to allow offenses to rule and reign in our lives. Even big ones.

There’s no question: forgiving the big things is hard. But Jesus, who knows all too well the pain of rejection, doesn’t give us an option. He made it clear: we are to forgive anything against anyone.

“And when you stand praying, if you hold anything against anyone, forgive them, so that your Father in heaven may forgive you your sins.” Mark 11:25

The next time you find yourself struggling with feelings of offense, ask yourself, “Does this offense warrant the emotional and spiritual energy I am giving it? Are there larger issues in play? Am I doing what Jesus commanded?” Jesus’ requirement that we forgive carries eternal consequences with it, and the devil knows it.
The devil loves it when we get drawn into offenses – because he’s got his sights set on a much bigger target: the human soul. He’ll use whatever he can to distract us from the goal of setting people free in Christ. And that’s the bottom line. Paul tells us to “be eager to maintain the unity of the Spirit in the bond of peace” (Ephesians 4:3). It’s the Holy Spirit that encourages that unity in the body of Christ. “In one Spirit we were all baptized into one body — Jews or Greeks, slaves or free — and all were made to drink of one Spirit” (1 Corinthians 12:13).
Christians who proclaim Christ, cherish truth and love others should also pursue unity, because we have been designed by God to be ambassadors for Him: witnesses to the world of the love of Christ. The apostle John makes clear what our aim should be: “A new commandment I give to you, that you love one another: just as I have loved you, you also are to love one another. By this all people will know that you are my disciples, if you have love for one another” (John 13:34–35).
We must stop making government our god and return to our first love. Until we do that, healing will elude this nation. John Piper said, “The bloodline of Jesus Christ is deeper than the bloodlines of race. The death and resurrection of the Son of God for sinners is the only sufficient power to bring the bloodlines of race into the single bloodline of the cross.”
Let’s not forget what our call really is: to bring the gospel to a hurting world. We can’t do that until we’re willing to let the gospel eclipse everything else in our lives.
That’s something worth marching for.

10 thoughts on “Devastating Distraction: The Snare of Offense”