If someone had told me years ago that we would end up with five boys, I don’t think I would have believed them!  Right now our boys are 19, 16, 15, 13 and 9 (we also have 3 girls).  They are all unique  with varying temperaments and personalities.

If you are reading this, there’s a good chance that you have been blessed with one or more of these amazing little or young men!  I say amazing because I am constantly floored at how God has so obviously created them very different from women.  In general, we don’t think the same or have the same responses as they do.  They have an insatiable need to conquer, sometimes to the detriment of their own safety.   For example:  If a girl gets hurt doing an activity, usually she doesn’t do it again.  If a boy gets hurt he tends to repeat the activity.  The temptation is to think our boys are just dumb for doing this.  The truth is they are trying to figure out a way to do this thing BETTER (without getting hurt) re-doing it until they CONQUER it!  This is the stuff that makes history…new inventions, better ways of life, new worlds explored.  It’s a gift, moms!

I’m not going to lie…that “gift” has put many gray hairs on my head and probably shortened my life by several years.  Numerous trips to ER, near heart attacks (for me), adrenaline rushes, and sleepless nights.  But the flip side is that I have come to appreciate and respect the God-given nature of men.  I’ve learned a lot about how to embrace it and encourage our sons in the way that they are created.

Here are three things that I have learned (and have to remind myself) of what boys need.  I used 3 “B’s” to make it easier:

BREVITY:  Keep your words to a minimum.  Boys aren’t generally good at taking in a lot of words and there are tons of studies out there to prove it.  Somehow,  we think if we say more, it becomes more meaningful, but the opposite is true:  they tune us out.  I remember last year, I was REALLY frustrated with all of our boys on the whole.  I spent at least an hour telling my husband all about it.   Afterward, he looked at me and very sweetly said that I use TOO many words!  The more words I use, the less the boys respect me.  Respect is crucial in keeping their hearts.  Keep the conversations and confrontations simple and clean!  Boys are pretty good at handling ‘blunt’.  They often prefer it.

Which brings me to the next point:

BOUNDARIES:  It is very important that our boys KNOW what the boundaries are.  When I say it’s important, it means that, in general, boys will test the boundaries REPEATEDLY (there’s that conquering nature again) to be SURE that they are still in tact.  There are days this feels like relentless torture as moms because, if we love our sons, we WILL hold that ground. (Proverbs 13:24, 23:13-15, 22:15, 29:17, 19:18)  Truth is, most boys learn the quickest through painful consequences.  Find out what their currency is and use it to motivate them (either by taking it away or rewarding with it) There ARE times I have realized that a boundary I am holding to isn’t a hill worth dying on after all.  God has used the persistence of our sons to teach me better priorities.  I have also learned when I am not enjoying our kids at least 80% of the time, it’s usually because I have failed to keep the boundaries clear and intact.

BLOW-OFF:  Boys are generally high energy and if that energy is not fairly well-directed, they will pretty much dismantle the house, board by board.  Using a routine that incorporates chores and physical activity (especially outside) is very helpful.  Boys are amazingly capable.  When they “conquer” new skills and we praise them for it, they are more responsive to us in general.  When our boys become too ranbunctious I make them jump on the trampoline for 10 minutes, run around the outside of the house ten times, do push ups or give them a chore like weeding, shoveling snow, sweeping the deck, chopping wood, etc. 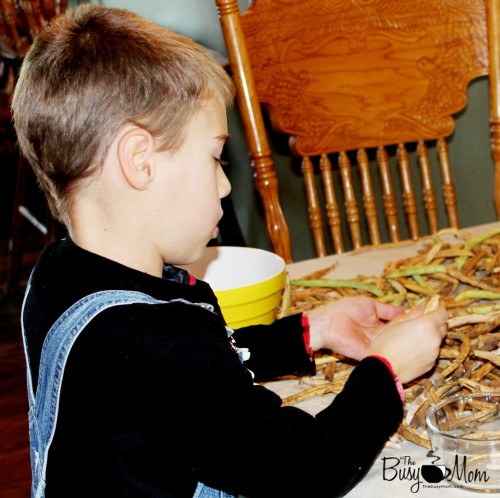 It can be challenging raising sons, but the investment you make into your boys’ manhood will come back to you many fold.  As ours are approaching adulthood, I often find them being my greatest allies and defenders.  They seem proud to call me “mom” and I pray that will always be true.

“The choices, loves, and beliefs of a boy’s mother craft his character.  Mothers are a powerful presence in their sons lives.  This knowledge shouldn’t frighten us; it should motivate us.  Boys need more of their mothers in order to be greater men.  And any mother who follows her maternal instincts, examines her own motivations, and does the best she can, will be a good mother.  Boys don’t need perfection; they just need you there.”   -Meg Meeker