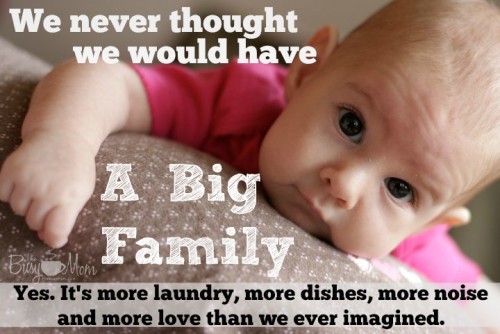 Years ago, I vividly remember being in the grocery store when a young mother walked in with *gasp* FIVE (yes, I counted) kids. Two were walking beside her, one was holding on the the front of the cart, one was in the cart seat and she was wearing a baby. I thought to myself, “THIS is why people used to stare at me!”

I smiled at her. She had no way of knowing that it was the smile of a mother who really did understand the grace that was over her for that trip to the grocery store. I was on a rare trip to the store by myself. She didn’t stop long enough to see me smiling. My guess is that she is used to people looking at her. I get that, too.

Once, when I was young and free, I imagined my life differently.

We began to imagine life together. He and his rock-n-roll band, me and my secretary job. And our cat.

When I was twenty-one, a little “+” sign told us life was going to change. Six months went by and then—she arrived. Twenty-one hours of labor was worth it. She arrived—all pink and smelling of the flower that some soul who understood had named for new babies. That was the first time I realized my that my heart was capable of a dug-down-deep kind of love. It was also the first time I understood why they named that delicate, sweet flower “Baby’s Breath.”

Two years and three months later, after a difficult pregnancy—a beautiful second daughter arrived. The life we imagined was starting to take shape. Our little white house with the drafty windows and no insulation was just right. We lived on a pastor’s salary and learned that garage sales were just as good—no—better, than department stores. (We still feel that way, these 24 years later.) We got a set of bins from Target and started to save the clothes our children grew out of: newborn, 3-6mo, 6-9mo, 12mo, 24mo… toddler.

The bins were small. We put them in our small, poorly insulated attic.  Sierra wore her sister’s hand-me-downs. Handsome husband (still in a mullet) played in his rock-n-roll band on the weekends. When he was away, I had our two little girls. And a cat.

Our imagining was turning into something. 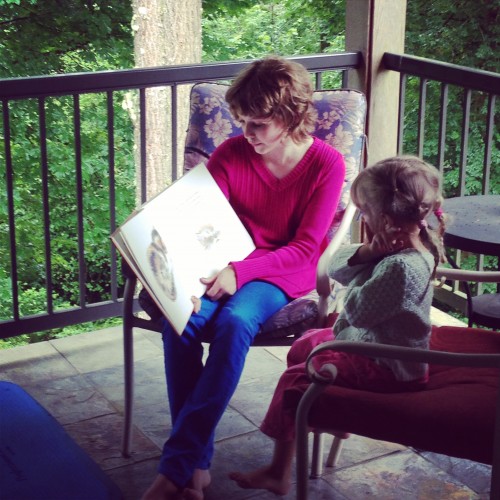 Three years later, after I begged and pleaded, my husband decided that maybe, just maybe—another baby was not a bad idea. He had just one sibling—I came from a family of seven children. Our imaginings were different. So we compromised. He thought four was a nice, even number. Soon, another “+” sign appeared on an EPT test.

In July of that year, our son was born. We beamed. Our hearts grew to make room for this little boy. He made us so proud. We added new bins of clothes to our growing bin collection. I wrote in Sharpie on them: “BOY – newborn. BOY: 3-6mo…”

Our next pregnancy found us at a new pastorate, in a new town. After a few weeks of keeping our secret, we made the announcement: we were going to have four children. This was back when we cared what people would say. Happily for us, most of the comments we received were kind.  It wasn’t too weird to have four children, we thought. Our imagined life was changing as we prepared to grow again.

About the time we thought we were in the “safe” zone, I went in for a routine ultrasound. I was alone when they told me what every mother hopes to never hear. The image on the ultrasound screen was not moving.  I heard words like “non-viable” and “miscarriage” in that dark room.  That day I learned a new lesson: each day is precious. Anything can happen. There are no guarantees.

Two years went by before our next son arrived. His birth was sweet, but followed by a terrifying amount of blood loss. Recovery was long and hard, but oh—he was worth it. His smile was captivating. We fell hard for this one.  The loss of our last baby seemed to amplify the joy he brought. We thought we knew it before, but now we knew it in a new way: Life is precious.

With the addition of our fourth child, we decided that we were complete. No more babies. Life was getting busier all the time. Birthday parties, homeschooling, more laundry… just more of, well, everything. An uncle gave our daughter a lizard for her birthday. “Leopard geckos are less maintenance,” he said. Contained. Less needy. Except for the crickets.  I never imagined myself with a lizard—but she loved “Milo” and we made a little more room. Lizards are cool, I found out.

Just about the time we were feeling like our family fit into a nice, neat little American “category,” we got a surprise.

We call her “Summer.”

I’ll be honest: we were not planning on going over the number 4. Five children meant that we would not fit into a regular booth for six at Red Robin. In meant our car was too small. It meant people would start staring at us and ask us ridiculous questions like “Do you know how that happens” and “Has anyone explained that to you?”

I cried. I really did. I was only thinking of what other people would say—what they would think. I wasn’t thinking of how rich we were becoming. I’m a planner. It wasn’t in our plan to be a “big” family. Since we had chosen to homeschool our children, I knew this ratcheted things up about fifty notches, and honestly? I didn’t know if I could do it.

Summer arrived in the spring of 2003. (We like telling her that.) She fit her name, with beautiful blue eyes (all the others had brown eyes) and blonde hair. The familiar newborn cry filled the air when they handed her to me. If I loved her before, it paled in comparison to how I felt when our eyes locked. Who would turn down such a precious gift?

And so, we were seven. We made room in our hearts and our home for another precious gift, and with that gift, our hearts were changing. Maybe—just maybe, all those people who would count our kids and stare at us in Costco, maybe it didn’t matter what they thought at all.

Meanwhile, our house was becoming, shall we say, a little on the “not quiet” side. Not gonna lie. Things were a little more challenging with five kids. It took longer to go places. More dishes. More laundry.

More bins. We learned to live frugally—because the children were worth not having a car payment.

In late fall of 2004, Jay spent some time in Russia with members of a Christian band he was playing with. In August of 2005, our little “Russian souvenir” was born. And yes. We planned her. Something had happened in our hearts. We were grateful.

Life moved on. Toddlers became teenagers who loved their baby sisters and toddlers. Life became even busier. We added a parrot to our menagerie. We had two lovebirds as well. Side note: One of them attacked the other one. I don’t know where they get that name. Love birds are anything but “loving.” (You’re welcome.)

In 2009, I wrote my first book. “The Busy Homeschool Mom’s Guide to Romance” was my heart on paper. In it, I said that I thought we were done adding to our family. You can imagine how many times I have been teased about that. I’m thinking it’s in the neighborhood of a million—because, in 2010, we were given one last, precious child.

Our oldest daughter had become a beautiful high school senior. She graduated when I was pregnant. It was a surreal feeling to graduate her knowing that we were soon going to start all.over.again. My heart was full—and so was my closet. With bins of clothes, photo albums, shoes, receiving blankets, nursing wear.

In 2010, just a few weeks before Christmas, our seventh child was born. She was the answer to a prayer we didn’t know we would have when we were young and “free.” We never imagined our hearts could hold so much love. I also never imagined our dishwasher could be run so many times in a day or that the house could be so noisy or that kids could bring me all the way down to my knees—and that God would meet me there. 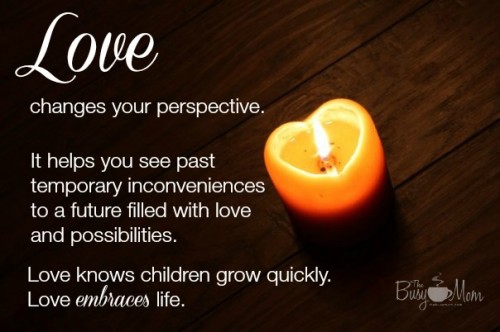 Is it easy? Absolutely NOT.  Are we doing it perfectly? No. But we’re so glad we’re doing it.

It’s now 2020. Four of our seven are grown now, and a fifth is getting ready to graduate from high school. We have three grandkids—and expect many more to grace our family in the future.

It’s been a few years since we imagined our life from the inside of our little white house. I never planned to have a big family, but love changed my mind. Love does that. Love finds bins on sale. Love makes you strong.  Love changes your perspective. It helps you see past what’s temporary to what’s lasting.

In the fall of 2013, our childbearing years came to an abrupt end. Our season of bringing children into this world is over. I’m glad we didn’t listen to the naysayers. I’m glad we exchanged our small, cute car for a 9 passenger suburban with a bench seat. I love it that our kids have so many shared memories. I love that the chances of me spending my twilight years alone are next-to-zero, because that rock-n-roll boy of mine and I hope to be surrounded by our children, grand-children and great-grand children.

And yes. I’ll happily look you straight in the eyes now and say without hesitation, “YES. They’re all ours!” 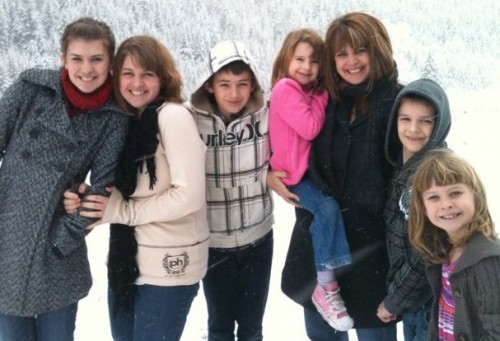